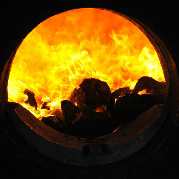 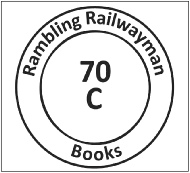 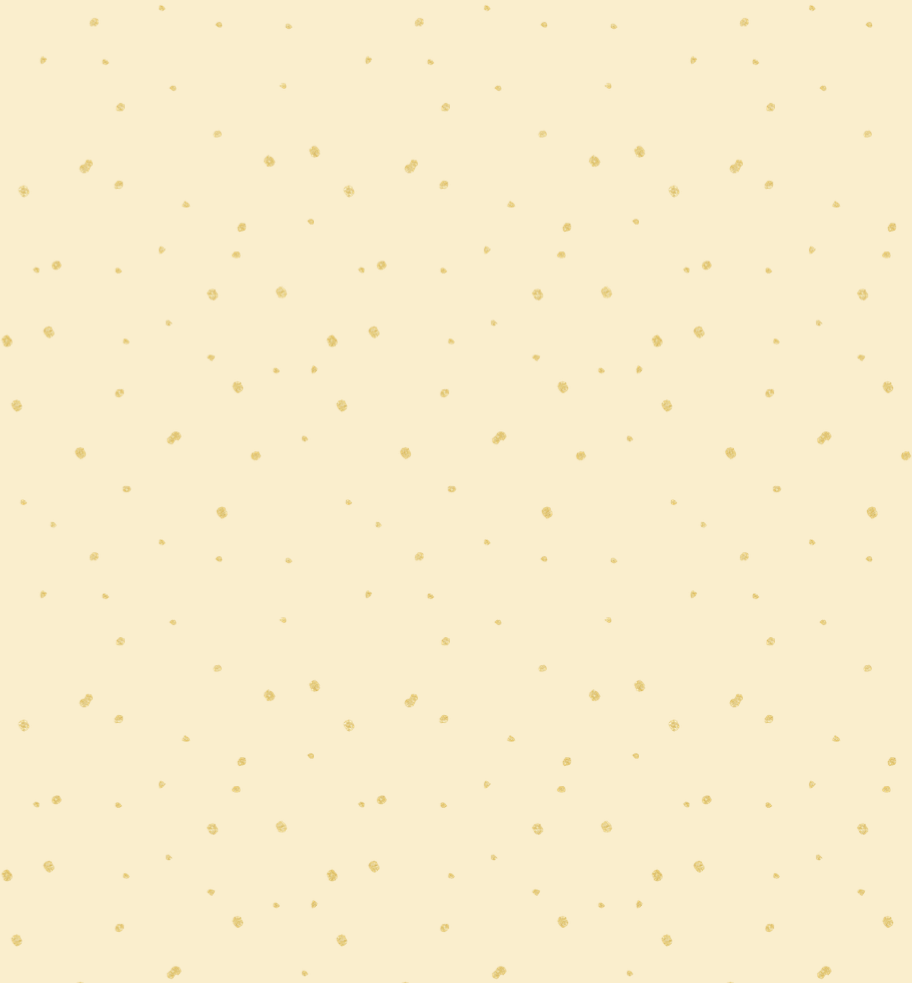 The Ramblings of a Railwayman - 2nd Edition

Following the success of Geoff's first book 'The Ramblings of a Railwayman' published in 2011, the 1,000 copies sold out very quickly!  Because of this, Geoff decided to self-publish a Fully Revised 2nd Edition, lavishly illustrated with many previously unpublished photographs kindly supplied by Peter Trinder, the late Dave Salmon and Richard S Greenwood MBE.

Each book has a hand-embossed 'Rambling Railwayman Books 70C crest on the inner cover (with the Author's signature if requested) which will make each one especially unique. 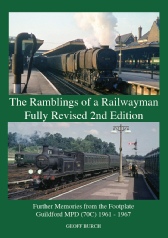 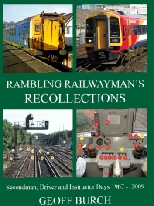 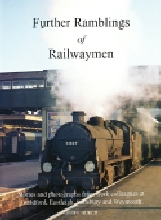 In this book, Geoff has written stories relayed to him by eleven of his work colleagues: Pat Kinsella, Dave Salmon, Alex McClymont, Brian Davey, Roger Hope and Eric Hern from his own depot and other men from depots across the Southern Region.  Bob Cartwright from Eastleigh, Tim Crowley from Nine Elms, Jim Wattleworth from the IOW and Fratton, Fred Johnson from Salisbury and Denis Turner from Weymouth.

Many of the photographs shown are truly unique as they come from the contributor’s exclusive collections.

SORRY - OUT OF PRINT 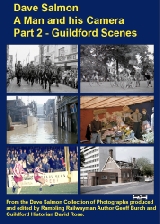 This book completes the trilogy and starts where Geoff's first book left off when on Monday 10th July he transferred to Woking as a Secondman. Geoff continues with his stories following the path of his working life; passing his driver’s exam, appointment as Driver at Effingham Junction, driving days at Woking Mixed Traction depot to his appointment to become a Senior Instructor at Waterloo South Side Training School. Following the privatisation of British Rail in 1994, a different career path ensued where Geoff initially became an I.T. trainer with Surrey Police but returned to the railway industry to become Training Design Manager with South West Trains.

Dave certainly had an eye for taking photographs and was never without his camera. Not only with an interest in railways, he took photographs of just about everything; other transport, aircraft, Guildford’s streets and buildings, social events and was also Guildford City Football Club’s official photographer supplying the Surrey Advertiser with his action photos.

Dave lived in Guildford all of his life and held a fascination for steam locomotives since childhood.  He started his railway career as an engine cleaner at Guildford MPD in 1953 progressing to be a passed cleaner and then fireman.  When National Service beckoned, he joined the Royal Air Force.  Unfortunately, because he’d joined the Services for three years (opposed to two years in the Army), when he rejoined the railway, he found that he had lost his seniority and had to start work as an engine cleaner again.

Dave remained at Guildford performing a large number of firing turns and also worked as a fireman on-loan to other depots. However, because his social life was hampered by the shiftwork involved, he left the railway and joined Guildford Corporation as a painter.

When Dave passed away in 2015, Geoff Burch became the custodian of his collection of photographs; some already being published in his second and fourth books in the Rambling Railwayman series.

With a total of 3 hours 12 minutes running time, this double DVD set contain part 1 of his vast collection (most photograph narrated by Geoff).

They also contains a  Bonus selection of photos Dave captured at the Bluebell Railway, Mid-Hants Railway and other locations Post Steam Era. Over 800 images digitised from 35mm colour slides and B/W negatives plus some of Dave’s audio memories recorded at Dave’s home. 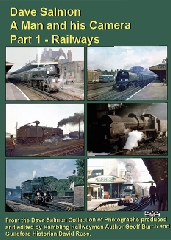 ‘A Walk over Perry Hill’ including Crown Cottage ‘via Zoom’

On 8th April 2021, local historians David Rose and Geoff Burch gave an illustrated talk about the people and places in Perry Hill, Worplesdon in times gone by. The talk was in conjunction with the Sime Ballery CIO based at Worplesdon Memorial Hall and includes the artist Sidney Sime who lived at Crown Cottage, Perry Hill.
For those of you that missed it, here is a perfect opportunity to see it on DVD.

For further information regarding the Sime Gallery, please visit their website via the link below:

For further information regarding 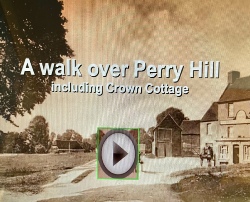 SORRY - OUT OF PRINT

‘When the Railways came to Guildford’ ‘via Zoom’

On 21st September 2021, local historians David Rose and Geoff Burch gave an illustrated talk for the Wonersh History Society. A recording was also made via Zoom for anyone that missed the ‘live talk’.

The illustrated talk covers the history of the railways coming to Guildford in 1845 and its impact on the town to the various forms of traction from steam to diesels and electrics of present day.
A tremendous selection of unseen photographs are included.

For those of you that missed it, here is a perfect opportunity to see it on DVD. 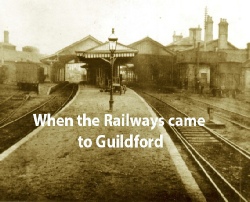